Although there is one race left in the 2018 Winter Series (the Echuca Mini on 13th October), with a maximum of ~600 points on offer the outcome of this year’s competition has already been decided.

Points for all clubs and schools up to and including WS6 are shown below.

If you are wondering why your club didn’t earn as many points as you would have liked, the following chart provides the reason.

To earn points members need to paddle.  Each club (and school) can earn points for a maximum of 6 paddlers in each event; this is to remove the advantage of larger clubs which have more paddlers.  However, most clubs only have one or two people representing their club at each event. 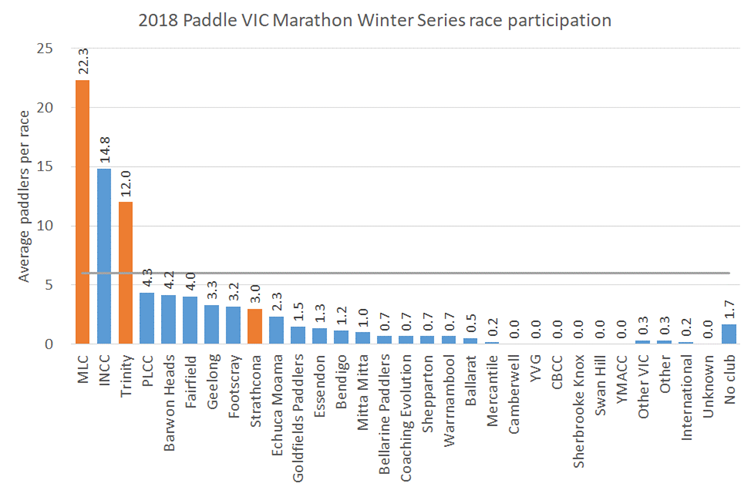 INCC and MLC have dominated the club and schools points for the past few years.  This wasn’t always the case.

This trophy has been going for 40 years, with seven clubs winning it during that period.  Fairfield has won it the most times (16), but the last time was six years ago.  Echuca Moama, Geelong , Mitta Mitta, Patterson Lakes and Sherbrooke Knox have each won it, some on multiple occasions, but their last wins are ancient history. 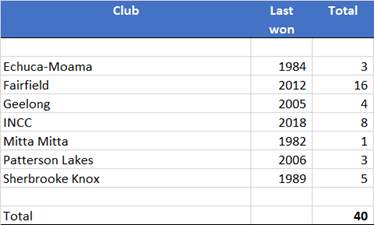 The junior trophy has been going for over 30 years (first awarded in 1987).  Nine clubs have won it during that period, with strong showings in the past from Mildura and Sherbrooke Knox.  Cobram Barooga, Patterson Lakes and Fairfield have won it on multiple occasions, until recent times when INCC has won. 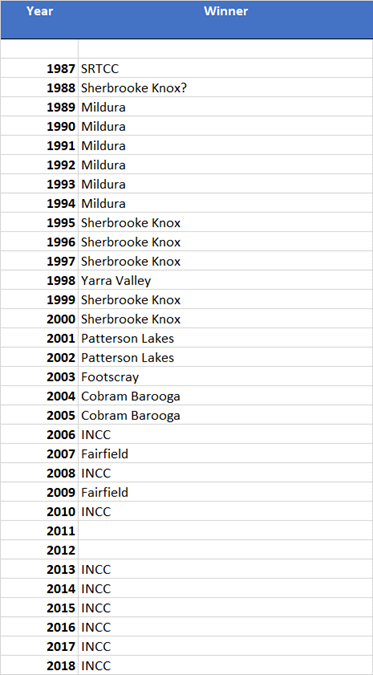 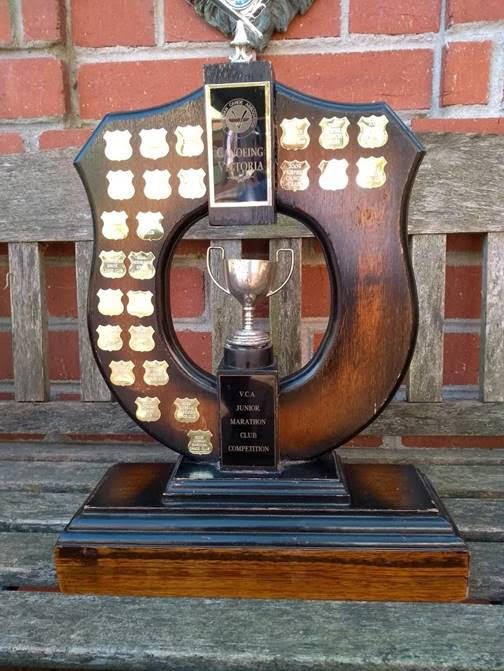 John Young
On behalf of the Marathon Committee