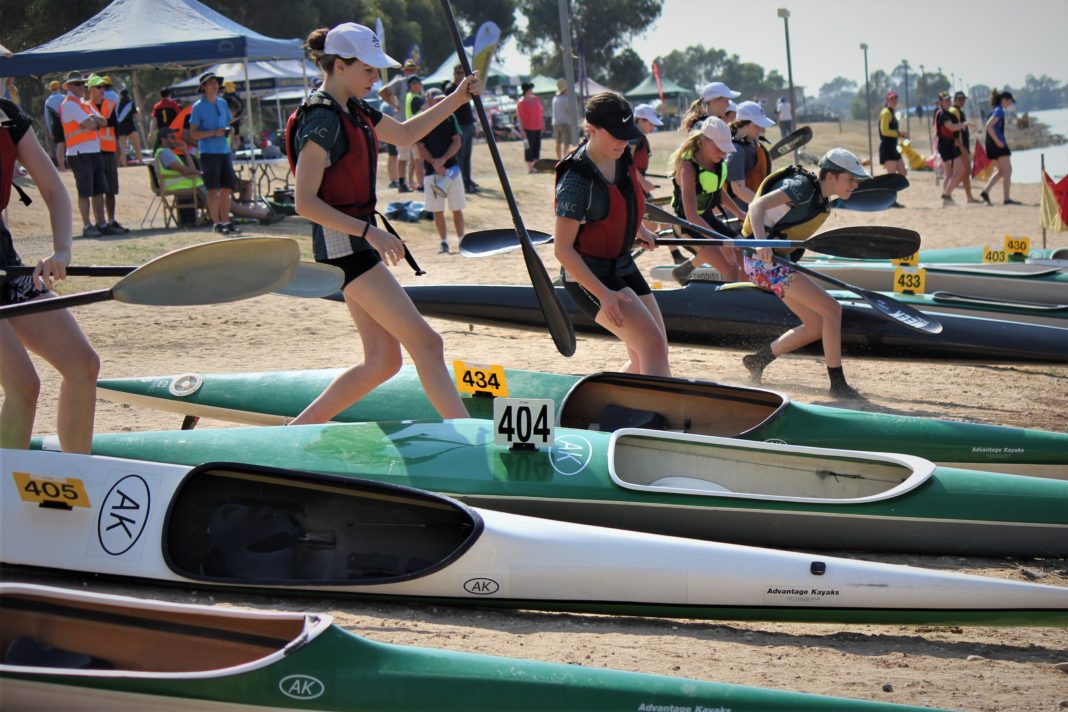 Thirty nine Victorian paddlers participated in the 2019 Marathon Champs held at Ascot Kayak Club in Perth last weekend, out of a total of 263 individual paddlers who started (15%).

Unfortunately, despite these results, Victoria finished second to WA in the Halford interstate challenge trophy competition, with 44 points vs WA’s 45.5 points, breaking our long running hold on this trophy. To its credit, WA fielded 160 crews to our 53 crews over the weekend. We want to reverse this result at next year’s Nationals, which will be held in Geelong in mid/late April.

Some other race statistics are shown below for your information. Key takeaways are:

Thank you to all the Victorian paddlers who participated in this event, to all the coaches and family members who supported them during the long lead up in training and at the event itself, to Rob Russell for organizing the transportation of boats to and from Perth and to Peter Jones for his role as team manager, handling the many changes and administration details for the team. Congratulations also to Brianna Jones and Seamus Spanner who were named 2018 Junior Female and Male Marathon Paddler of the Year.

To all of the paddlers, regardless of whether you got on the podium or not, well done for your commitment and the manner in which you conducted yourself, on and off the water. We hope to see many more paddlers take up the challenge and represent Victoria at next year’s event.

John Young
On behalf of the Paddle Victoria Marathon committee 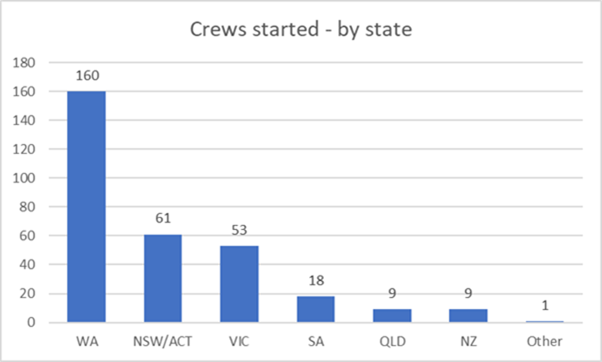 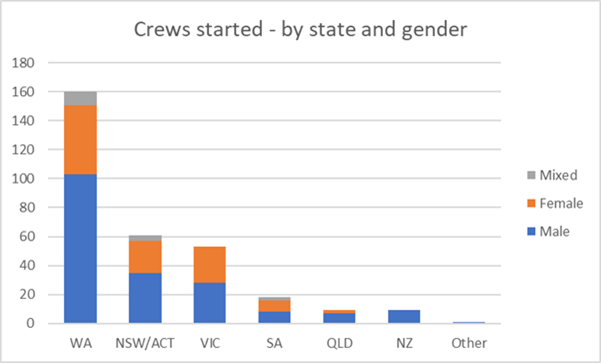 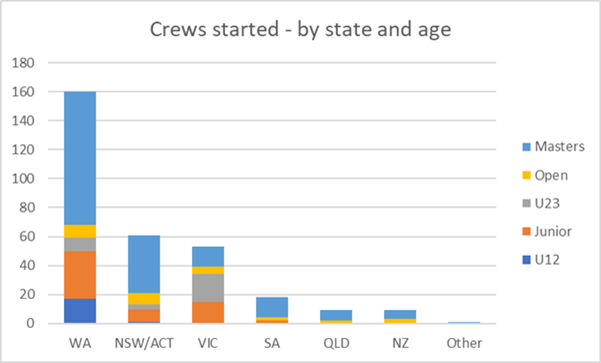 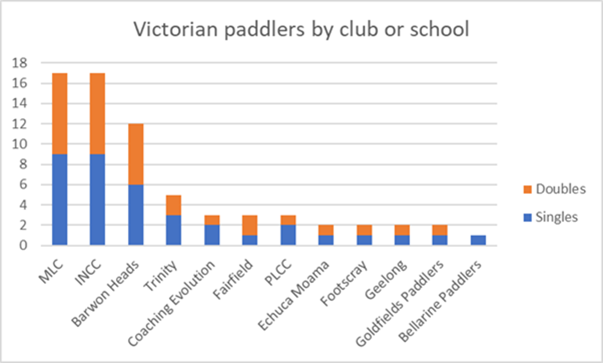