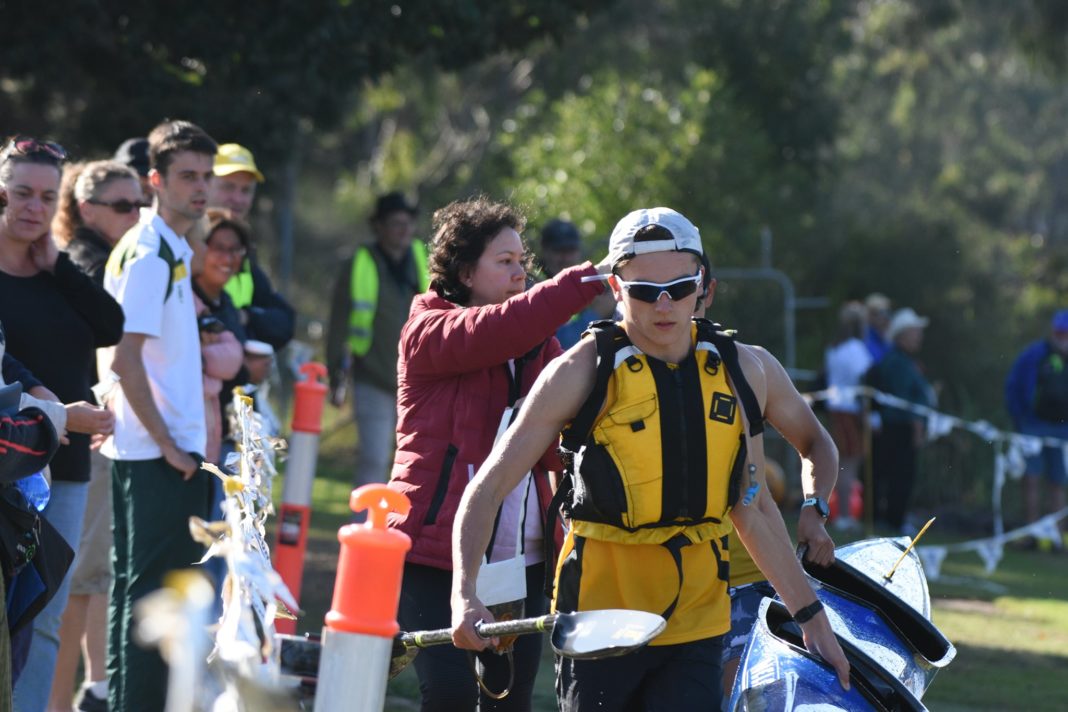 The purpose of this note is to provide an update regarding the cancellation of the Australian Marathon Champs from the organizing committee and provide some information on the race we shall run in its place.

I recognize many people are very disappointed that Nationals has been cancelled.  Paddlers around the country have been training hard for this event; for some juniors and U23s cancellation means the loss of the last chance to compete in their age group; other paddlers have been looking for interstate competition to make up for the disruption of last year; and some people have incurred travel and accommodation costs that may not be refunded and have already arranged leave to attend.

As has been noted, the reason for cancellation is that certain state travel restrictions currently prevent paddlers from freely travelling within Australia, which is required for national events under PA’s competition policy.  This travel restriction applies regardless of where the competition is located, because returning travellers need to isolate for two weeks if they had contact with people from any state judged to be “low” as opposed to “very low” risk.  The decision to cancel was deferred for some time to see if restrictions would lift, but ultimately needed to be made to give competitors sufficient notice prior to the event.  The state government announcement regarding the possibility of this restriction being lifted later this month, shortly after the decision to cancel the event was announced, is ironic.  The event in Geelong was cancelled rather than postponed because, whilst the river was available on later dates, amongst other reasons, building works will commence in early April and continue until October, limiting site access.

Discussions with interstate and local paddlers indicate that loss of national status for the event is expected to materially reduce interest in participating in an event in Geelong.  The reasons for participating in national level competition vary and includes competing against the best in the country, the recognition that comes with a national level result and the potential for selection to represent Australian in international competition.  The absence of these attributes means that a resulting “nationals not nationals” event is unlikely to meet the expectations of paddlers.  This is particularly likely to be felt by junior paddlers, with little interstate representation expected in the current circumstances.

PV Marathon has concluded that running the Frank Harrison Memorial race on the Murray River in Albury on the weekend previously occupied by the Australian Champs will better serve the paddling community.  The FH event is a point-to-point river race, with a singles event on Saturday afternoon and a doubles event on Sunday morning.  Three options will be offered: the traditional 26 km full distance Weir Wall to Albury and the 16 km mid distance Waterworks to Albury, and this year a 4-8 km circuit race at the finish line suitable for juniors or adults who prefer paddling in a supervised area.  The water level at this time of year is suitable for craft with under-stern rudders, such as ICF K boats and skis with weedless rudders, as well as trailing rudder craft and canoes.

The FH race has traditionally been attending by Victorian and NSW paddlers, with some paddlers attending from other states.  We want this year’s race to be a strong “state-of-origin” event and will be offering a trophy for the winning state.  Details on the race classes, scoring system and on-line registration will be provided shortly.

We understand the disappointment with the loss of nationals.  I want to thank the organizing committee: Deb Bennett, Sally Miller, Arabella Eyre, Sue O’Rourke, Mike Neilson, Peter Currie, Alex Brunacci, Joe Alia, Geoff Baird and Foster Rossetto, who have worked hard for over two years to deliver this event.  All preparations had been completed, all permits received and we were ready to go.  Such is life.  We shall now refocus our efforts and work with Mitta Mitta Canoe Club to deliver the FH event.

Paddlers have said they want events to continue to run where possible in these times: we encourage you to take this opportunity to participate.  There may well be challenges for other events around the country this year and we shall all need to find ways to keep supporting our sport.

Please feel free to contact me if you have any further questions.

John Young, on behalf of the PV Marathon organizing committee.

2021 Frank Harrison race river level – all okay at this stage