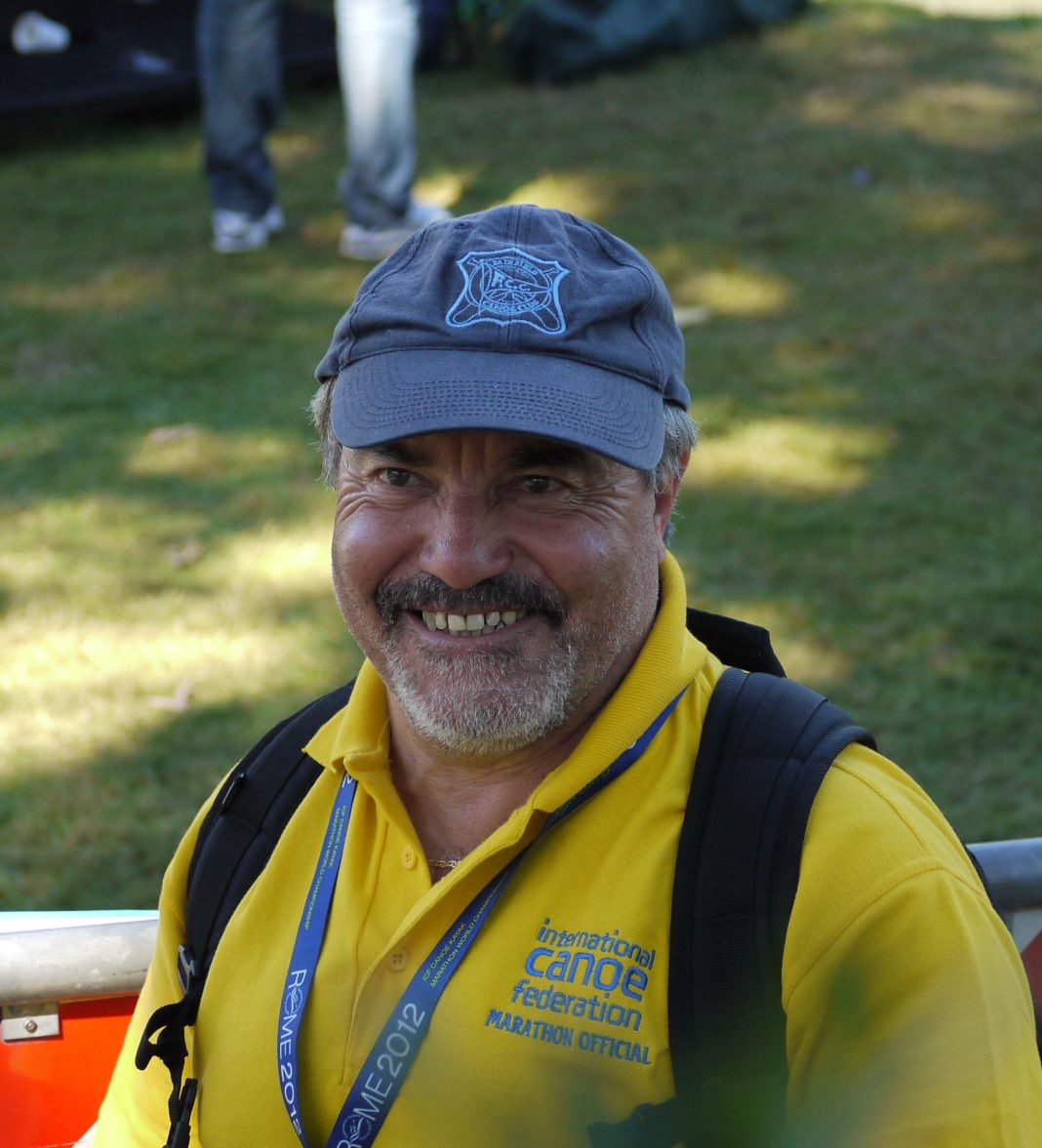 I regret to advise that Joe Alia passed way last night after a short illness.

Joe has been a long term supporter of paddling in Australia.  His involvement in paddling has spanned nearly fifty years, being introduced to Fairfield Canoe Club by Foster Rossetto, his friend since school, after initially participating in the Murray Marathon on a home built raft.  Foster recalls the first paddle Joe built was 226 cm long with a 50 mm diameter shaft.  They then went on to build their own kayaks, with the first one weighing over 30 kg.  Times have changed.

Joe became involved with Fairfield Canoe Club at this time.  Steve Vegh recalls Joe being one of the first people he met when Steve moved to Australia over 40 years ago.  Joe participated in marathon and dragon boating, competing in Australia and overseas on a number of occasions before becoming involved as a flatwater and dragon boat coach.  In these roles he contributed significantly to the development of paddling in Victoria.  He had a long involvement as coach with Trinity Grammar and many of those currently paddling benefitted from Joe’s instruction.

Joe was very committed to the running of marathon events, being an active member of the Marathon Committee for approximately twenty years and leading the committee as Chair for much of that time.  Joe recruited me to the committee about twelve years ago, saying, while both of us stood on a windswept bank at Patterson Lakes, “your kids paddle, you are going to be at events for a while, you may as well join the committee”.

After joining the committee I saw the considerable time, effort and energy that Joe contributed to the successful running of our discipline.  His dedication to the sport and willingness to help others was apparent to those that met him as was his knowledge and experience of paddling in Victoria.  His contribution extended beyond the Victorian Marathon committee to involvement in the Canoeing Victoria and Paddle Victoria board, as well as the Paddle Australia Marathon Technical Committee.  He was an international level Marathon official and officiated at World Marathon Championships.  He and his partner Connie officiated at countless Victorian events and at Australian Marathon Championships.

Joe was actively involved in the Paddle Victoria Marathon Committee, as Deputy Chair, until entering hospital recently.  At the end of May, on a chilly Saturday morning, he was launching and driving a safety boat for a training video for our event volunteers.  He was mentoring race officials at Marathon events and active at Fairfield Canoe Club, helping install new access doors.

It has been a privilege working with Joe.  Many of you have known him for a long time and shared many happy experiences.  All those I have spoken with recently have expressed their admiration for him.  I thank him for the positive contribution he made to paddling, for his help freely given to others and for his friendship.  We are all saddened by his death and our thoughts and sympathy are with Connie and their extended family in this difficult time.

ABOUT US
Paddle Victoria are committed to providing our members and Victorians with a wide range of opportunities to safely participate paddling by offering services in four key areas of paddling – Competition, Recreation, Education and Experiences.
© 2021 Paddle Victoria